In the course of the OPAL gas pipeline, a microtunnel was driven under the River Peene using the pipe-jacking procedure. The tunnel depth was an average of 20 m below ground level. The geological structure consisted of sandy-gravelly soil, with a layer of stabilised peat near the surface.

The soil was as good as dry, water or moisture was only found underneath the River Peene bed. The tunnelling machine had an external diameter of 3 m and is a so-called slurry machine. This means that it is run using an acqueous bentonite solution as a supporting liquid in front of the working face and as a lubricant for easier forward thrust.

After around half of the total length had been run, an erratic block was found in front of the machine. At the time, the operating team made the decision to destroy the stone by running through it. However, since the machine cutting tools were designed for soft soil, this method proved impossible despite several attempts. Due to the high forces which occurred during the run-through attempts on the stone, voids which needed to be compensated by increasing the quantity and pressure of the supporting liquid were created around the stone and the machine. If the supporting pressure was more than 2.5 bar, the low soil cover above the machine could not withstand the pressure, which means that a so-called blowout took place.

All attempts to run the supporting pressure back up through the deployment of liquid soil and therefore the filling and stabilisation of the hopper failed. The filled hopper was no longer sealtight, and could no longer hold the supporting liquid.

This meant that additional measures needed to be found to achieve sealtightness and stabilisation.

The solution proposed by TPH had the objective of stabilising and sealing off the filling soil by means of injection. Furthermore, an injection made in front of the tunnelling machine was intended to backfill and stabilise the erratic block which had been destroyed by controlled explosion.

Since absolutely no machine movements were permissible within the nature conservation area, conventional methods such as cement injection or ice freezing were not available. We then proposed carrying out the injection using manual ram injection lances made by Desoi from Fulda, which were inserted up to 17.5 m in soil – in other words almost down as far as the machine. These lances were to be injected using the polymer acrylate gel RUBBERTITE in order to stabilise the soil.

The proposal was accepted as such, the entire equipment was movable without machines, and the acrylate gel was also approved by the lower water authorities due to its DIBt certification.

A total of 56 ram lances (approx. 2400 L of gel) were injected. The backfilling soil, which was itself dense, could only be consistently saturated and stabilised through the use of the extremely low-viscosity acrylate gel, whereby the concept here was not the highest bearing capacity possible but a combination of stabilisation and sealing.

The voids which had been created by the exploded erratic block in the soil were then to be filled using a silicate foam from the tunnelling machine itself. This silicate foam has the advantage that although it has extremely good adhesion to siliceous subsoil due to its high proportion of soluble glass, it is still very easy to run through from the machine.

This enabled the problem to be solved within 3 days, the slurry pressure was able to be run up once again and the machine could continue its work. 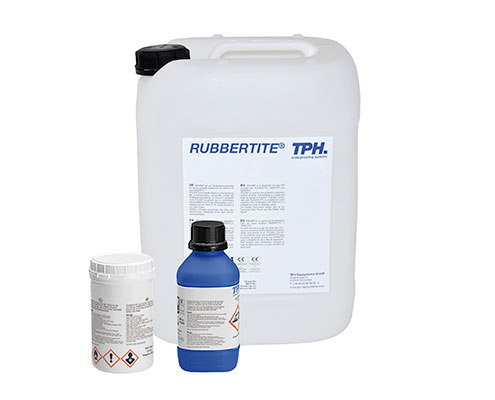 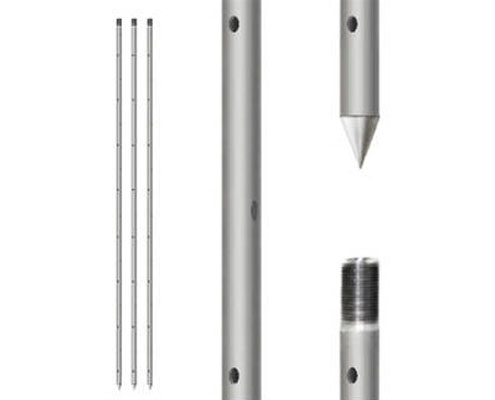 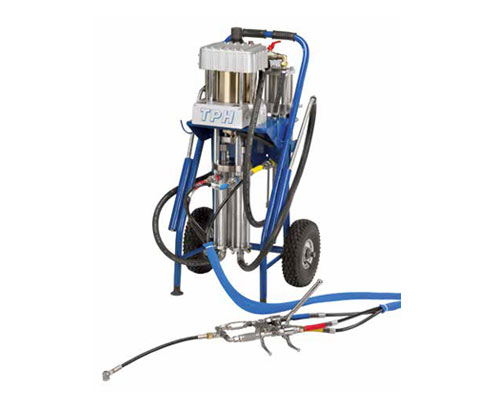 2-component injection pump made of stainless steel for the procession of acrylate gels.